The New Era in Crypto Markets

Bitcoin fell early after Turkey’s central bank decided to ban the use of cryptocurrencies for payments from the end of the month.

The Central Bank of the Republic of Turkey (CBRT) cited a number of reasons for the ban, including a lack of “supervision mechanisms” and “central authority regulation” for crypto assets. It said that market values can be “excessively volatile,” adding that digital wallets can be stolen or used unlawfully and that transactions were irrevocable.

“Payment service providers cannot develop business models in a way that crypto assets are used directly or indirectly in the provision of payment services and electronic money issuance, and cannot provide any services related to such business models,” according to the new regulation.

The CBRT said it had taken the decision amid a rise in the use of crypto assets to make payments.  But the CBRT said crypto asset payments came with “significant risks.”

Turkey isn’t the only country looking to take tough measures on digital assets. India is reportedly set to propose a law banning cryptocurrencies and making trading or even holding assets punishable with a fine. The bill was included in a government agenda in January, which also referenced plans to create an official digital currency issued by the Reserve Bank of India. “The bill also seeks to prohibit all private cryptocurrencies in India, however, it allows for certain exceptions to promote the underlying technology of cryptocurrency and its uses,” according to the agenda.1

Dogecoin spikes 400% in a week, stoking fears of a cryptocurrency bubble

Dogecoin started out as a joke. Now it’s a top 10 digital currency worth $40 billion. The cryptocurrency is based on the “Doge” meme, which rose to popularity in late 2013. The meme portrays a Shiba Inu dog alongside nonsensical phrases in multicolored, Comic Sans-font text.

Created in 2013 by software engineers Billy Markus and Jackson Palmer, dogecoin was intended to be used as a faster but “fun” alternative to bitcoin. It has since found a growing community online.

And now, defying all odds, dogecoin has a total market value of more than $40 billion and adding over $20 billion. The digital token reached an all-time high of 32 cents, more than doubling in price.

It’s not the first time dogecoin has seen a wild climb. Like many cryptocurrencies, it has a tendency for volatile swings in price. In 2018, dogecoin’s price began rising in tandem with other popular digital currencies. It’s been fairly off the radar since then. But earlier this year, dogecoin skyrocketed on the back of enthusiasm from a Reddit group called SatoshiStreetBets.

Similar to the subreddit WallStreetBets, which helped fuel a rally in GameStop shares at the start of 2021, SatoshiStreetBets aims to pump up the prices of cryptocurrencies.

Dogecoin has been climbing again in the past week, hitting 10 cents a coin for the first time. It’s risen by a whopping 400%.

The most popular U.S. virtual currency Exchange, Coinbase, went public, briefly hitting a $100 billion market cap in a landmark moment for cryptocurrencies. The excitement around Coinbase’s debut led to a surge in the prices of Bitcoin and Ether. Bitcoin hit a record high of more than $64,000, while Ether briefly topped $2,500 for the first time. Dogecoin has been no exception to the frenzied interest in these digital assets.

Dogecoin has attracted a following among users of Robinhood. The U.S. online brokerage said there was a “major outage” in its crypto trading feature after facing “unprecedented demand.” The feature is now back online.

Some reports have attributed the latest Dogecoin rally to support for the meme-based token from Tesla CEO Elon Musk. He has made several tweets about Dogecoin, which in turn has helped push up its price. Musk posted a cryptic tweet saying “Doge Barking at the Moon,” likely in reference to the popular crypto slang phrase “to the moon.”2

U.S. Securities and Exchange Commission cannot access eight years of financial records of Ripple execs as part of the legal battle between the government and the blockchain company. The SEC had asked for records from Ripple CEO Brad Garlinghouse and Executive Chairman Chris Larsen, which cites court documents.

The larger dispute between the SEC and Ripple involves the XRP token, which the SEC rules should be heavily regulated as a security. Ripple contends XRP is distinct from Ripple and should be subject to less regulation.

Furthermore, the Bank of Russia plans to finish work on a digital ruble by the end of 2021, putting Russia alongside China in the race to digitize their national currency.

China is testing its digital currency with retailers such as McDonald's and Starbucks, while smaller countries in the Caribbean have moved ahead with central bank digital currencies.3 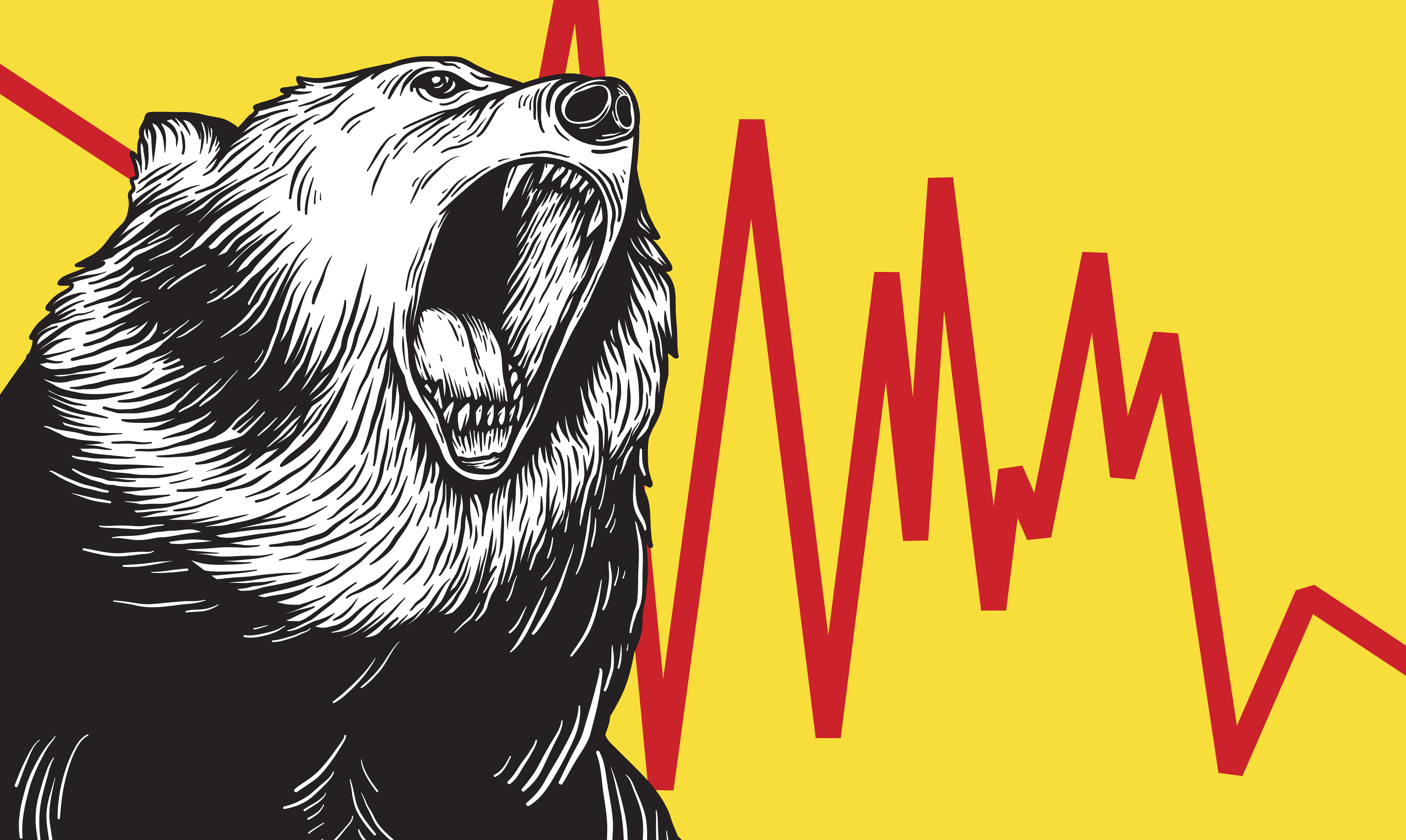 The digital currency world is entering a new phase with the closely watched listing of Coinbase - the largest US cryptocurrency exchange - on the NASDAQ, as the milestone move is expected to draw the rapidly expanding crypto ecosystem to the US.

While China has banned initial coin offerings (ICO) to fend off financial risks and focused on its own digital currency, it may need to step up efforts in the area to bolster its capabilities in blockchain and other underlying technologies of cryptocurrency, which are currently led by the US.

Coinbase is set to go public through a direct listing, based on trading prices in the private market - an alternative to the usual type of IPO. Ahead of the listing, the NASDAQ Stock Market announced the reference price of Coinbase was set at $250 a share, which would value the company at up to $65.3 billion. Some investors predicted that the valuation could top $100 billion after the listing, making it one of the 85 most valuable companies in the US.

The listing is also building on crypto bull momentum that has sent the market price higher. Bitcoin rose to a record high of $64,000, up more than 5 percent, while the price of Ethereum set a record of $2,400, up over 10 percent.

"The listing of Coinbase sends a signal that the crypto world is gaining recognition in the mainstream global financial industry," Shentu Qingchun, CEO of Shenzhen-based blockchain company BankLedger, told. "It will be the first major cryptocurrency company to go public."

Industry observers predicted that more crypto exchanges and other blockchain-related projects will list in the US, spurring innovation and cementing the US' leads in the crypto and blockchain sectors.

"The world-leading digital asset ventures, investment banks, consulting and media companies will gather in the US, ushering in another wave of financial revolution that spreads across the world," Cao Yin, managing director of the Shanghai-based Digital Renaissance Foundation, expressing concern that the trend would further widen China's technological gap with the US in the crypto industry.

Cao pointed out the gap between China and the US in the non-fungible token (NFT) sector, which is part of the Ethereum blockchain, with a unique digital ledger that is not interchangeable.

"Most innovative and mature NFT projects are developed in the US, and Chinese companies are just newcomers this year," Cao said. Shentu stressed that China - as a big producer of digital assets and mining machines as well as abundant application scenarios - still has a modest advantage.

The US leads in the underlying technology of cryptocurrencies, but China has an edge in mining machine production and the sheer size of its market. But solving regulatory compliance issue is still China's priority to fend off money laundering and other financial risks.

South African crypto-currency investment platform Revix has raised over R58 million in off-shore funding, and is looking to create employment in the country. The Cape Town-based Revix, which also has offices in London, says the funding is testament to the potential of the crypto-currency sector.

The company announced that the multimillion-rand investment was made by a consortium of UK and European investors, as well as the Qatar Development Bank. The investment comes at a time leading crypto-currencies like Bitcoin have seen a massive surge in value after getting backing from big-name brands such as Tesla, Mastercard and PayPal, among others.

Founded in 2018 on the principle that everyone should be able to invest their own money and become their own wealth manager, Revix says the business’s customer growth has mirrored the exponential rise in the crypto-currency market, which is valued at over $2 trillion – making the digital asset class more valuable than Apple.

The company says the capital will be used to launch Revix's mobile application, a variety of fourth industrial revolution investment opportunities, and for expansion to the European Union. Locally, it adds, the funding will allow for the creation of more than 30 additional SA-based jobs, proof that regulating crypto-currencies in SA can offer employment opportunities and long-term economic growth.

In addition to the funding secured, Revix was one of 21 start-ups, and the only South African fintech firm, to be accepted into the six-month Berkeley Blockchain Xcelerator. “The accelerator is renowned for partnering with businesses that target global societal challenges by using novel technologies. Revix has created a platform that has the potential to break down the barriers to access within this alternative investing space,” says Jocelyn Weber, director of X-Labs and Berkeley’s Blockchain Xcelerator.

The company was also one of 11 selected fintech firms (of 500 applicants) for Wave 2 of the Qatar Fintech Hub’s incubator and accelerator programmes.

“We are at the early stages of a multi-decade super-cycle of retail investing and are looking forward to progressing the intricate web of consumer tech, finance and regulation needed to bring real innovation to the private investment space alongside Revix,” says Ibrahim Al Mannai, executive director of advisory and incubation at Qatar Development Bank.5