Goldman Sachs is close to offering its first investment vehicles for bitcoin and other digital assets to clients of its private wealth management group. The bank aims to begin offering investments in the emerging asset class in the second quarter. The Company underlined that they are working closely with teams across the firm to explore ways to offer thoughtful and appropriate access to the ecosystem for private wealth clients.

Goldman is looking at ultimately offering a “full spectrum” of investments in bitcoin and digital assets, whether that’s through the physical bitcoin, derivatives or traditional investment vehicles. The move means that soon, clients of two of the world’s preeminent investment banks – Goldman Sachs and Morgan Stanley – will have access to a nascent asset class that has intrigued billionaires and digital currency believers alike. Morgan Stanley told its financial advisors that they could place clients into bitcoin funds starting in April.

It is the latest sign of the staying power of blockchain-related assets including bitcoin, a new kind of money that emerged out of the wreckage of the 2008 financial crisis and whose exact origins are still unknown. Until now, big U.S. banks have mostly shunned bitcoin, deeming it too speculative and volatile for clients.

The bank may offer bitcoin investment funds, similar to those that Morgan Stanley will have, as well as other ways to invest that are “more akin to the underlying asset class which trades 24-7 globally. Some cryptofunds, such as the Galaxy Bitcoin Fund, can only be sold or bought once per quarter, while Galaxy’s institutional bitcoin fund can be liquidated on a weekly basis.

Goldman is in the process of securing approvals from regulators including the Securities and Exchange Commission and the New York Department of Financial Services.1

The Turkish lira’s dramatic value drop has added fuel to a surge in cryptocurrency trading in the country, data showed, with investors hoping to both gain from bitcoin’s rally and shelter against inflation.

Turkey’s currency has lost over 13% since the Central Bank Governor Naci Agbal left his position earlier this month, stoking fears of looser policy and rising price pressures that could erode the lira’s value.

The aftermath of Agbal’s leave accelerated an already growing boom in Turkey’s crypto market. Trading volumes between the start of February and March 24 hit 218 billion lira ($26 billion) with a spike on the weekend of Agbal’s leave, data from U.S. researcher Chainalysis shared with Reuters showed, surging from a little over 7 billion lira in the same period a year earlier.

The jump echoes soaring global interest in crypto, driven by Bitcoin’s rally to a record of just under $62,000 as major investors and companies embraced the emerging asset. Yet investors in Turkey said a weaker lira and inflation pressures, as well as hopes of quick gains, have driven demand. Many of them shrugged off the volatility of cryptocurrencies, which financial watchdogs across the world have warned could lead to investors losing their money.

Bitcoin’s march to record highs has come as governments and central banks open the stimulus taps to counter the economic damage caused by the COVID-19 pandemic. A narrative that its limited supply makes it impervious to inflation - bitcoin is often seen as a store of value, despite its volatility - has partly fuelled its gains. In Turkey, inflation jumped more than expected to nearly 16% in February, well above the 5% target.

Turkish residents and businesses have long piled into gold and foreign currencies to shield themselves from lira wobbles, with dollarisation near record highs. Between March 20-24, when the lira tumbled 10% after the central bank governor’s leave, 23 billion lira ($2.8 billion) worth of crypto assets were traded, the data showed, versus 1 billion lira in the same period last year. Turkish Google searches for cryptocurrency hit a record high during the prior week . 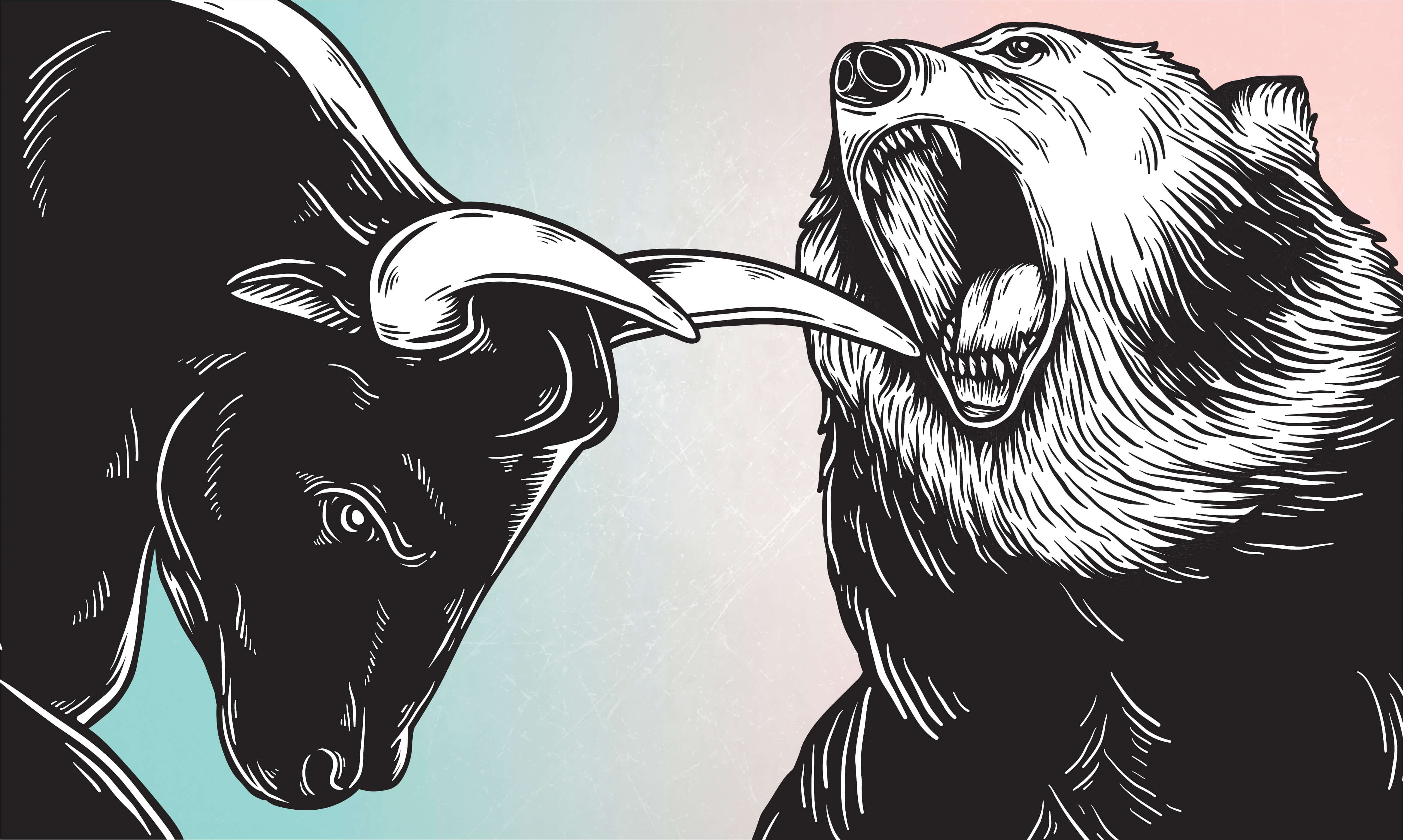 Countries such as Russia, China, and Japan have been testing a central bank digital currency (CBDC) as part of a wider arc of development, as previously reported in a past blog article on the subject. Until today, only one central bank has gone live with a CBDC, i.e., the Central Bank of the Bahamas' Sand Dollar.

The head of the Bank of International Settlements said that if implemented correctly, CBDCs could help reduce "long-standing" issues in the payments sector. The launch of the ECCB’s Cash is notable because it is the first example of a central bank within a currency union to go live with a CBDC. A currency union is an agreement between two or more countries to maintain the same currency or to keep their currency prices similar. The Eastern Caribbean Currency Union (ECCU) comprises eight nations in the Caribbean, but Cash will only be available for use in four of them: St. Kitts and Nevis, Antigua and Barbuda, Grenada, and Saint Lucia.

The ECCB partnered with fintech firm Bitt to manage the infrastructure and operation of Cash. The CBDC can be used for consumer, e-commerce, business-to-business, and internal cash management with the Cash Merchant App.

"The ECCB has been working in partnership with Bitt Inc for over two years to develop this digital version of the EC currency in an effort to increase financial inclusion, competitiveness and resilience for the people of the Eastern Caribbean Currency Union," the central bank said in a statement.

During the next year, ECCB and Bitt plan to integrate DCash into the financial systems of the four pilot countries, in addition to incorporating the other four ECCU members into the DCash ecosystem.3

Robinhood underlines that they are prioritising the growth of its crypto offering. Not only the company is hiring and investing heavily in their cryptocurrency offering, they also plan to launch a wallet with deposit and withdrawal functionality.

Robinhood CEO and co-founder Vlad Tenev said that in the first quarter of 2021 over 6 million customers traded crypto for the first time. Tenev promised the Company would launch a wallet with deposits and withdrawals "as fast as possible". There is a caveat though. Robinhood's top priorities are to ensure the service scales as it handles the exponential crypto growth, and to achieve top-level customer support.

Digital wallet helps customers manage the keys to their crypto assets. Keys are a fundamental part of cryptocurrency -- when you own crypto, you own public and private keys that let you access your assets. A popular mantra in the crypto community is: "Not your keys, not your coins."

Right now, Robinhood customers can use the platform to buy, sell, and store crypto. But they cannot move currencies off its platform and into their own wallets. That is why some people have an issue with Robinhood's platform -- it manages your keys for you. Its new crypto wallet would let you take back that control.

Many enthusiasts store the majority of their crypto in what is called a cold wallet, which is offline and therefore more secure. Traders might also put currency they want to access more often into an online, or hot wallet. Either way, traders should have the option to choose how and where they store their crypto.

Tenev explained the thinking behind launching Robinhood's initial crypto product without a wallet like there was a product offering that appealed to people who did not want to manage their own keys.

The new wallet functionality -- which is next on Tenev's priority list -- would let users move those assets to other wallets. "As much as people are bugging me about that on social media, I'm bugging our crypto team and software engineers," he said. The CEO added that the online brokerage might also add more coins along the way.4

Visa is moving to allow payment settlement using crypto-currency. The payment giant announced that crypto coin will be accepted on its network in a sign of growing acceptance for digital currencies. The Company has launched the pilot program with payment crypto platform "crypto.com''. It comes as, Bitcoin jumped to a one-week high, raising as much as 4.5 per cent
to over $58 thousand USD. It is close to a record high above $61 thousand, which it hit earlier this month.5