The rising concerns in crypto markets

Amazon is preparing its own digital currency

Amazon is launching a new digital currency for use on its own platforms and marketplaces. The e-commerce and cloud computing giant put out a call for talent to join its Digital and Emerging Payments (DEP) division, which is in the process of developing a system whereby customers in emerging markets can “convert their cash into digital currency”.

As per the job listings, which have since been removed, the project will launch first in Mexico, but could later expand into other nearby territories if successful. It is unclear whether the digital currency under development will tie in with the existing Amazon Coins project, which allows customers to make savings on purchases made via Kindle and Fire devices.

The move to launch an Amazon-exclusive digital currency comes as a number of high profile organizations and institutional investors begin to pay closer attention to the cryptocurrency ecosystem. Although details on the new project remain scant and Amazon is yet to make a public statement on the topic, early signs suggest the Company's plans are less grand. It appears its digital currency will operate exclusively within the bounds of the Amazon ecosystem and initially only in a small selection of markets. The benefit of using Amazon’s own digital coin to make purchases over regional fiat currency is currently unclear.1

Twitter Chief Executive Jack Dorsey announced that he is planning to given 500 BTC to a new endowment to fund the development of Bitcoin in India and Africa. Jack Dorsey is partnering rapper Jay-Z to fund the trust with an initial investment of 500 Bitcoins (around Rs 170 crore). Trust seeks to make bitcoin 'internet’s currency’. He specified that it'll be set up as a blind irrevocable trust and needs 3 board members to start.

The Indian government is planning to introduce the Cryptocurrency and Regulation of Official Digital Currency Bill, 2021, which will ban private cryptocurrencies while allowing for the usage of its underlying technology for other purposes. It will also enable the issuance of a digital currency by the Reserve Bank of India (RBI). The bill has been overseen by the empowered technology group headed by the principal scientific advisor to the government and the committee of secretaries chaired by cabinet secretary. It is based on the recommendations of a high-level committee under the economic affairs secretary, which submitted its report in February 2019. The panel had proposed an enabling framework for a digital rupee issued by the RBI.2

PayPal is not likely to buy digital currencies like Bitcoin, though the Company sees immense opportunity in the digital wallet space. PayPal Chief Financial Officer John Rainey said the payments giant has no interest in buying cryptocurrency, instead preferring to invest in services that are additive to the platforms it offers. PayPal will not go to invest corporate cash, probably, in sort of financial assets like that but the Company wants to capitalize on this growth opportunity.

Furthermore, the company has acknowledged that it believes the transition to digital forms of currencies is inevitable. In December, PayPal CEO Dan Schulman called digital wallets a “natural complement to digital currencies” and said the company serves 360 million digital wallets. In October, the Company announced that it would allow users to buy, hold and sell cryptocurrencies, including Bitcoin, Ethereum, Bitcoin Cash and Litecoin. Users can also shop with the digital coins in PayPal’s retail network. Venmo, the mobile wallet owned by PayPal, is expected to begin offering the same services in the first half of 2021. The features will also be extended to international markets.

PayPal plans to invest its money in companies that provide “complementary assets to our platform” that can drive growth, Rainey said. The company also announced that it would introduce its buy, sell and hold crypto services to the United Kingdom in the near future.3 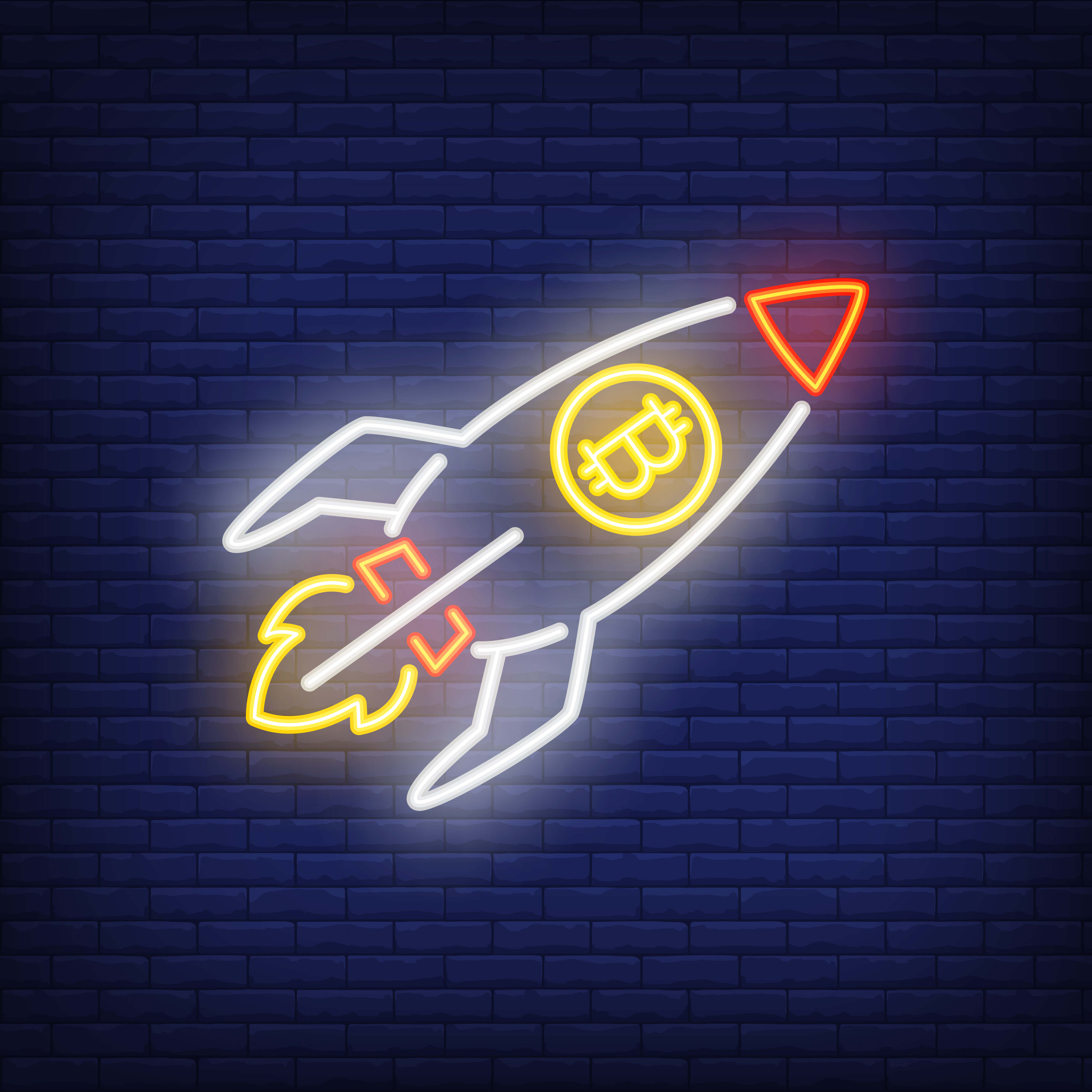 Tesla boss Elon Musk is a poster child of low-carbon technology. Yet the electric carmaker's backing of Bitcoin this week could turbo-charge global use of a currency that's estimated to cause more pollution than a small country every year.

Tesla Inc revealed that it had bought $1.5 billion of Bitcoin and would soon accept it as payment for cars, sending the price of the cryptocurrency through the roof.

The digital currency is created when high-powered computers compete against other machines to solve complex mathematical puzzles, an energy-intensive process that currently often relies on fossil fuels, particularly coal, the dirtiest of them all.

At current rates, such as Bitcoin "mining" devours about the same amount of energy annually as the Netherlands did in 2019, the latest available data from the University of Cambridge and the International Energy Agency shows.

Bitcoin production is estimated to generate between 22 and 22.9 million metric tons of carbon dioxide emissions a year, or between the levels produced by Jordan and Sri Lanka, according to a 2019 study in scientific journal Joule.

The landmark inclusion of the cryptocurrency in Tesla's investment portfolio could complicate the Company's zero-emissions ethos, according to some investors, at a time when ESG - environmental, social, and governance - considerations have become a major factor for global investors.

"We are of course very concerned about the level of carbon dioxide emissions generated from Bitcoin mining," said Ben Dear, CEO of Osmosis Investment Management, a sustainable investor managing around $2.2 billion in assets that holds Tesla stock in several portfolios. They hope that when Tesla's Bitcoin ventures are over, they will concentrate on measuring and disclosing to their market their full suite of environmental factors, and if they continue to buy or indeed start mining Bitcoin, that they include the relevant energy consumption data in these disclosures.4

Yellen underlined crypto use in terrorism

The new Treasury Secretary  Janet Yellen said she sees the promise of these new technologies, but I also see the reality: Cryptocurrencies have been used to launder the profits of online drug traffickers; they’ve been a tool to finance terrorism. She defined cryptocurrencies used for illicit purposes as a “growing problem”. The former Federal Reserve Chair warned that cyberattacks and digital currency-related crimes were on the rise as well.

She referenced the Anti-Money Laundering Act passed into law by Congress last December, a part of the National Defense Authorization Act that requires the U.S. government to update its anti-money laundering/countering the financing of terrorism (AML/CFT) laws. Yellen said the existing regulatory framework was created in the 1970s and has not been updated much since. ”The update couldn’t have come at a better time. As this group knows very well, we’re living amidst an explosion of risk related to fraud, money laundering, terrorist financing, and data privacy,” she said.

This is the third time Yellen has spoken in public about crypto this year. During her confirmation hearing in January, she told the Senate Finance Committee that crypto use in terrorism was “a particular concern.” In later, written, remarks, she softened her tone, saying cryptocurrencies could be beneficial to the existing financial system as well. Yellen’s remarks come a week after the United Nations published a report saying cryptocurrencies have been used to finance ISIS and Al-Qaeda. That report referenced law enforcement actions in France and the U.S. Last September, French police arrested 29 individuals accused of facilitating a complicated scheme to fund terrorists using cryptocurrency coupons.

Earlier in the year, the U.S. Department of Justice announced it had dismantled three separate campaigns to finance Al-Qaeda, Hamas, and ISIS that used cryptocurrencies. A different U.N. report said North Korea-linked criminals might be using or stealing cryptocurrencies to fund the nation’s nuclear weapons program. Federal law enforcement officials are also investigating whether or not Bitcoin was used to fund domestic terrorism in the U.S., after a now-deceased French blogger sent $522,000 in bitcoin to far-right figures who may have been present at the U.S. Capitol insurrection in January.

U.S. lawmakers are also asking whether crypto streaming platform DLive, a subsidiary of BitTorrent and the Tron Foundation, was used to facilitate crypto donations to individuals present at the insurrection. The Treasury Department, alongside regulatory agencies in its umbrella, “can better stem the flow of dark money,” Yellen said. “And we’ll be better positioned to stop adversaries from hacking our institutions or interfering in our elections,” she added.5