Further steps for crypto assets and more protectionism come along with

Africa is racing to define a digital currency standard for its emerging digital economy. China’s DCEP (Digital Currency Electronic Payment) from the People’s Bank of China is setting news rules for Africa because of a sneaky 20-year head start. Since the mid-2000s, China has discreetly accumulated significant influence over Africa’s technology stack, close to 50% in the mobile handset and 70% in the mobile network layers.

Now, China can launch its digital currency on top of this stack, running on specially designed chips embedded deep within dozens of popular Chinese phone brands that dominate Africa. China’s grand plan has three prongs: leverage its collective national and commercial influence, ride on Africa’s mobile payments success story, and use its over 50% smartphone market share in Africa to distribute the DCEP. Huawei’s Mate 40, which launched in South Africa in October, is the first smartphone that enables a hardware wallet for the DCEP. Today, if you are browsing the web in Africa, much of the end-to-end internet experience is likely to have been built, serviced, or financed by China.

It all begins with typical African digital native users on less than $2 per day. These users spend up to five hours daily on average on Whatsapp, Instagram or Boomplay, a music streaming app from China’s Transsion, Africa’s top phone maker. More than 50% of Africa’s smartphone users in East and West Africa are on Chinese-manufactured handsets.

When users connect to the internet, their data is routed through mobile networks, which are, more often than not, supplied, built, or serviced by Chinese companies like Huawei and ZTE. Sometimes procuring Chinese equipment is strategically packaged together with long-term intergovernmental financing at ultra-low interest rates from China EXIM bank or China Development Bank. Roughly 70% of 4G base stations in Africa are made by Huawei (the U.S., Australia, and parts of Western Europe have banned Huawei equipment over national security fears).

Today, Africa’s mobile money operators repurposed the disposable SIM card, a tiny portable memory chip that stores mobile user information, to work much like the chip in a plastic credit card. After all, mobile phones were already in abundance. Phone manufacturers like Transsion now build apps and invest in African ventures, riding on their distribution and infrastructure to pre-install Chinese apps before shipping to African markets.

Under these available conditions China’s plan is to embed a hardware wallet standard that supports digital currency into every smartphone shipping to Africa. Huawei’s Mate 40 is just the first smartphone to enable a hardware wallet for China’s digital yuan, the DCEP. China is now trialing the DCEP with banks (including the Agricultural Bank of China) and cities such as Shenzhen. Internationally, China hopes its One Belt One Road trade initiative will integrate the DCEP, increasing efficiency and spreading China’s monetary influence across the world. 1

Visa announced that it has formed a new partnership with First Boulevard, a digitally native neobank that is focused on building generational wealth for the Black community, to expand its digital currency roadmap. Visa reported First Boulevard will be the first to pilot Visa’s new suite of crypto APIs, which will enable their customers to purchase, custody, and trade digital assets held by Anchorage, a federally chartered digital asset bank.

The development of Visa’s crypto APIs marks the next phase of Visa’s digital currency strategy—focused on expanding the company’s role as a network-of-networks. As part of this initial test and learn phase, Visa will explore ways in which financial institutions lacking their own digital currency infrastructure can harness Visa’s platform for tapping into the growing world of crypto assets and blockchain networks.

Visa would like to be the bridge between digital currencies and a global network of 70 million merchants and today it is the leading network for crypto wallets with 35 crypto platforms choosing to issue with Visa. As part of the initial pilot program, Visa added it plans to enable First Boulevard to connect to the infrastructure provided by Visa’s partner, Anchorage, a federally chartered digital asset bank, to allow their customers to buy and sell Bitcoin.2 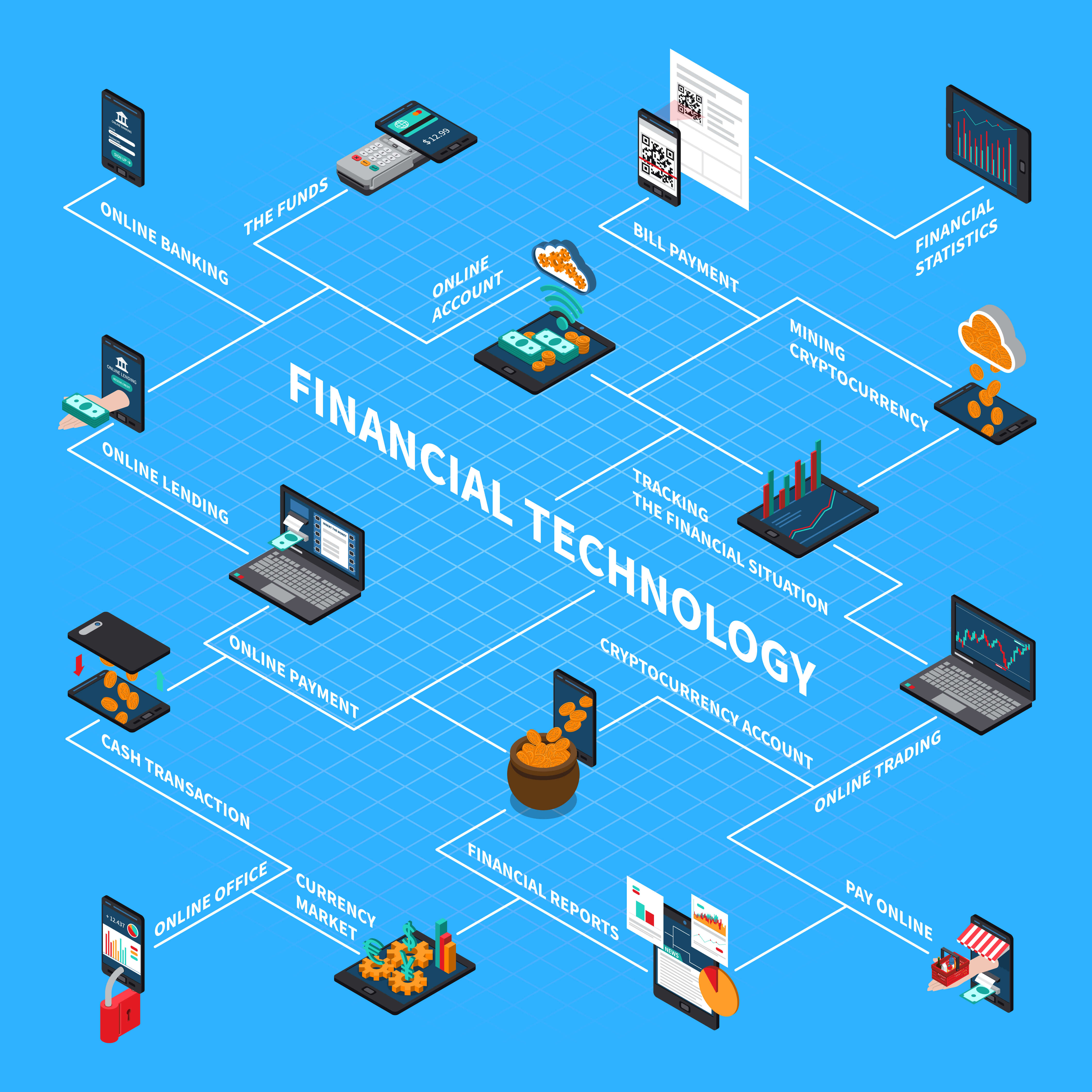 Goldman Sachs’s executive Rahmani underlined the speculations about Bitcoin’s intrinsic value echoes that of European Central Bank governing council member Gabriel Makhlouf, who said Bitcoin investors should be prepared to “lose all their money." Still, the cryptocurrency has plenty of high-profile proponents.

Rahmani drew a distinction between Bitcoin and blockchain technology, the public, a mostly anonymous ledger that records all the currency’s transactions. That technology could facilitate the smoother flow of global assets and will become part of the financial infrastructure. Despite doubters on Wall Street, the unceasing buzz over Bitcoin is leading more banks to develop cryptocurrency products for clients. JPMorgan Chase & Co. launched its own digital currency in 2020 and Fidelity Investments started a Bitcoin-only fund.3

Key takeaways on digital currency from The Davos Agenda

Digital currencies are poised to have an impact on the financial system; about 86% of central banks are exploring the benefits and drawbacks of central bank digital currency. Leaders in blockchain came together at The Davos Agenda to discuss the required levels of regulation and prerequisites for financial inclusion.

Digital currencies, whether these are central-bank issued, price-stabilized cryptocurrencies (“stablecoins”), or non-stabilized cryptocurrencies such as Bitcoin, are poised to have an impact on the financial system. The recent BIS (The Bank for International Settlements) survey found that 86% of central banks are now exploring the benefits and drawbacks of a CBDC. And about 60% of central banks (up from 42% in 2019) are conducting experiments or proofs-of-concept, while 14% are moving forward to develop and pilot arrangements (e.g. Project Helvetia with the Swiss National Bank, and Turkey). In addition, one of the first use cases to move into production ha emerged in 2020 with the live CBDC in the Bahamas: the Sand Dollar.

However, despite very high interest in central banks globally, it is important to note that in almost all cases, the research and experimentation is exploratory and does not signify that the central bank that is carrying out the research or experiment has yet decided to issue a CBDC. There are also significant regulatory proposals and guidance coming out of the US government (such as those from the SEC, CFTC, OCC, and FinCEN) and Europe (including France, Germany, and the European Commission’s Markets in Crypto – Assets Regulation). Unfolding right before us is a potentially momentous worldwide transformation of digital money and its use.

These topics are core to the work of the World Economic Forum’s DCGC, which was first announced at the 2020 Annual Meeting and launched last spring. The DCGC is the first global multi-sector initiative for digital currency, a working group of 80+ member organizations from the public sector, private sector, civil society and academia, focused on creating a governance framework for digital currencies, including CBDCs and stablecoins.4

Futures on Ether, the second largest cryptocurrency in terms of market capitalization and daily volume, will launch on derivatives exchange CME, as investors seek to take advantage of mounting institutional interest in this evolving asset class. Ether, which has long-lived in Bitcoin’s shadow is the digital currency or token that facilitates transactions on the Ethereum blockchain. In the crypto world, the terms Ether and Ethereum have become interchangeable.

While Bitcoin is the preferred store of value in the digital ecosystem, Ethereum has emerged as the leading financial infrastructure, settling more than $12 billion in daily transactions. The CME listing allows investors to diversify crypto holdings outside of Bitcoin and provides an avenue for investors to hedge their Ethereum exposure, opening a market where bearish positions on the asset can be readily expressed.

Ether futures, which follow those of Bitcoin’s listing in December 2017, will be cash-settled and will be priced based on a CME reference rate that draws data from major cryptocurrency exchanges Bitstamp, Coinbase, Gemini, itBit, and Kraken. Investors don’t expect huge volumes out of the gate, much like when bitcoin futures launched three years ago, but the asset should gain traction as an easy way to get access to another crypto-based network, said John Wu, president of AVA Labs, an open-source platform for creating financial applications using blockchain technology.5