Binance probed by CFTC for US residents’ trade derivatives

Binance is being investigated by the CFTC (Commodity Futures Trading Commission) over concerns it permitted US residents to trade cryptocurrency derivatives. Furthermore, Binance is not registered with the CTFC to broker crypto transactions.

Binance, the world's largest crypto exchange, is not registered with the CTFC to trade those types of securities. The agency counts cryptocurrencies such as Bitcoin to be commodities and therefore oversees its futures and other derivatives. The CTFC has yet to determine whether the cryptocurrency exchange did allow US residents to buy and sell derivatives. Thus far, Binance has not been accused of misconduct.

Binance, which was founded in China and has an office in Singapore, says it currently does not have a headquarters. For now, US residents are unable to access its website.

"We have always blocked US access, but users do find intelligent ways to get around our block sometimes and we just have to be smarter about the way we block," company co-founder Changpeng Zhao told.

Zhao has, in the past, maintained that Binance complies with US laws. In 2019, Binance partnered with BAM Trading Services, which launched Binance.us in San Francisco. Binance licenses its matching engine and wallet technologies to Binance.us.

Still, many users find a workaround, especially amid the boom in bitcoin which has flirted with record highs, breaching the $1 trillion market capitalization threshold. The founder that his platform is attracting more than 300,000 user registrations a day, far surpassing its previous 2017 peak.

The heightened scrutiny against Binance and other crypto-related firms comes after lawmakers and watchdogs have raised their concerns about the rapidly evolving asset. US Treasury Secretary Janet Yellen has publicly criticized Bitcoin numerous times as well as ECB president Christine Lagarde.1

Iran cracks down on crypto exchanges

The current hawkish stance by Iranian officials against the country’s crypto sector comes in the wake of Bitcoin’s meteoric price rise since mid-December, feeding a growing appetite in Iran for crypto assets after the country’s stock bubble burst last summer.

Iranian officials are cracking down on the use of cryptocurrencies in the country again, with crypto exchanges becoming the latest target of official efforts to control the burgeoning industry. The current hawkish stance comes in the wake of bitcoin’s meteoric price rise since mid-December, feeding a growing appetite in Iran for crypto assets after the country’s stock bubble burst last summer.

Enthusiasts see bitcoin as a hedge against devaluations of Iran’s currency, the Rial, and as a way to circumnavigate United States sanctions that have crippled Iran’s economy because Bitcoin is not controlled by any government.

That decentralisation has seen regulators all over the world wrestle with how to control bitcoin and other digital currencies that by design are meant to be beyond their reach.

Iran is no exception. But supporters of crypto warn that government pressure could backfire by leading to less transparency and making Iran less competitive in the rapidly innovating industry.

Last month, Mojtaba Tavangar, the head of the Digital Economy Commission of Iran’s hardline parliament, wrote a letter to President Hassan Rouhani, his ministers and the Central Bank of Iran calling for a complete halt to the use of the Rial to buy and sell bitcoin and other cryptocurrencies on crypto exchanges. Tavangar warned that trading cryptocurrencies could foster large-scale financial scams and fraud – several of which involving traditional assets have dogged the country over the past decade.

The order, which targeted mostly private online crypto exchanges, comes as a vague blanket ban on the use of cryptocurrencies issued three years ago still remains in effect. Over the past three years, Iran has intermittently taken steps to exercise greater control over the countries crypto sector, with directives that sometimes reveal officials struggling to understand the nature of what they are targeting.

As recently as this year, bitcoin mining, the energy-intensive practice of using powerful computers to verify transactions in exchange for bitcoin, was blamed by officials for fuelling high levels of air pollution.2

Grayscale Investments, the largest digital currency asset manager, has posted nine ETF-related job ads that it expects the Securities and Exchange Commission to approve the first US crypto ETF.

Crypto ETFs have been hotly debated in the US ever since the Winklevoss twins' filing of their Bitcoin ETF with the SEC was rejected in 2017. The SEC has so far been arguing that the crypto market is too volatile, lacks sufficient surveillance, and is easily manipulated.

The US regulator is now considering ETF applications from WisdomTree, NYDIG, VanEck, and Valkyrie Digital Assets. Grayscale has filed to launch an ETF in the past, but it does not currently have an active filing with the SEC for a Bitcoin, or crypto-related ETF. However, it could push its $35 billion Bitcoin Trust, the largest of its kind, into an ETF.

"We're not able to provide further detail aside from the fact that we are continuously exploring new opportunities, such as an ETF, in response to customer demand," told Michael Sonnenshein, Grayscale's CEO and managing director. "We were the first to provide exposure to a digital asset through a regulated wrapper, and our goal is to ensure that we lead the market in whatever future product we bring forward as well."

Regulated ETFs aren't too far away, as Canada approved three publicly-traded bitcoin ETFs within the last month that trade on the Toronto Stock Exchange.

Ark Invest's Cathie Wood told that she expects the US to greenlight a bitcoin ETF, as she's confident in President Joe Biden's pick for SEC chairman, Gary Gensler, who is seen as a positive for cryptocurrencies. The Senate banking committee voted in favour of sending Gensler's nomination to the floor for confirmation.3

Bitcoin's energy consumption has jumped 80% since the beginning of 2020 amid a meteoric rise for the digital currency.

According to the current research, the cryptocurrency's estimated annualized electricity consumption at the beginning of 2020 was 71.07 terawatt-hours. On March  of 2021, that figure hit 128 terawatt-hours.

For reference, in all of 2019, Australia's main electric grid used only 192 terawatt-hours. And the entire country of Argentina uses just 125 terawatt-hours annually.

Bitcoin now represents 0.59% of total worldwide energy consumption and if you were to rank every country in terms of their total energy consumption including Bitcoin, the digital asset would be the 29th largest consumer of power on the planet.

Bitcoin's excessive energy use and climate change impact have been under scrutiny from all sides lately. Experts have repeatedly warned about the "staggering" amount of energy required to mine the digital currency.

On the other hand, some experts say Bitcoin's energy use isn't an issue as long as the energy comes from green sources, and it appears there has been a transition to using more green energy for digital currencies. Still, many experts contend cryptocurrencies have a long way to go if they want to silence critics of the coin's climate change effects.4

Gains have come on the back of the US passing a $1.9 trillion Covid-19 stimulus package, which is expected to boost prices of crypto assets. Most Americans will receive $1,400 worth stimulus check. Historically, every time stimulus checks have hit people’s bank accounts, we’ve seen more buying in the crypto market. Economically speaking, Bitcoin also goes up when there is more inflation of the Dollar. It also becomes weaker against the US Dollar every time the US Federal Reserve prints more Dollars. There’s a high probability that bitcoin bulls will be in control in the coming week," said Siddharth Menon, co-founder and COO, WazirX.

The Dollar has also risen recently amid renewed optimism about economic growth prospects in the US, as covid-19 vaccines are administered. However, according to global crypto exchange Kraken, while some experts were expecting a rally in the dollar to lead to a downward pressure on Bitcoin, the bottoming out of the US greenback and its latest rally is yet to translate to weakness for the crypto asset. “Perhaps, we're just starting to see the dollar regain its strength and the trouble for BTC is around the corner, meaning that the bulls will struggle to continue setting higher-highs. For now, we'll just have to be patient and wait and see what happens," Kraken said.

“Many international institutional investors, private wealth management firms, and conglomerates are heavily investing and adding bitcoin into their business operations, which are pushing the bitcoin price higher. In the near term, we anticipate the price to touch $60,000 since this time the demand is not only retail-driven but is being backed by institutional investors," said Sumit Gupta, CEO and co-founder, CoinDCX.5 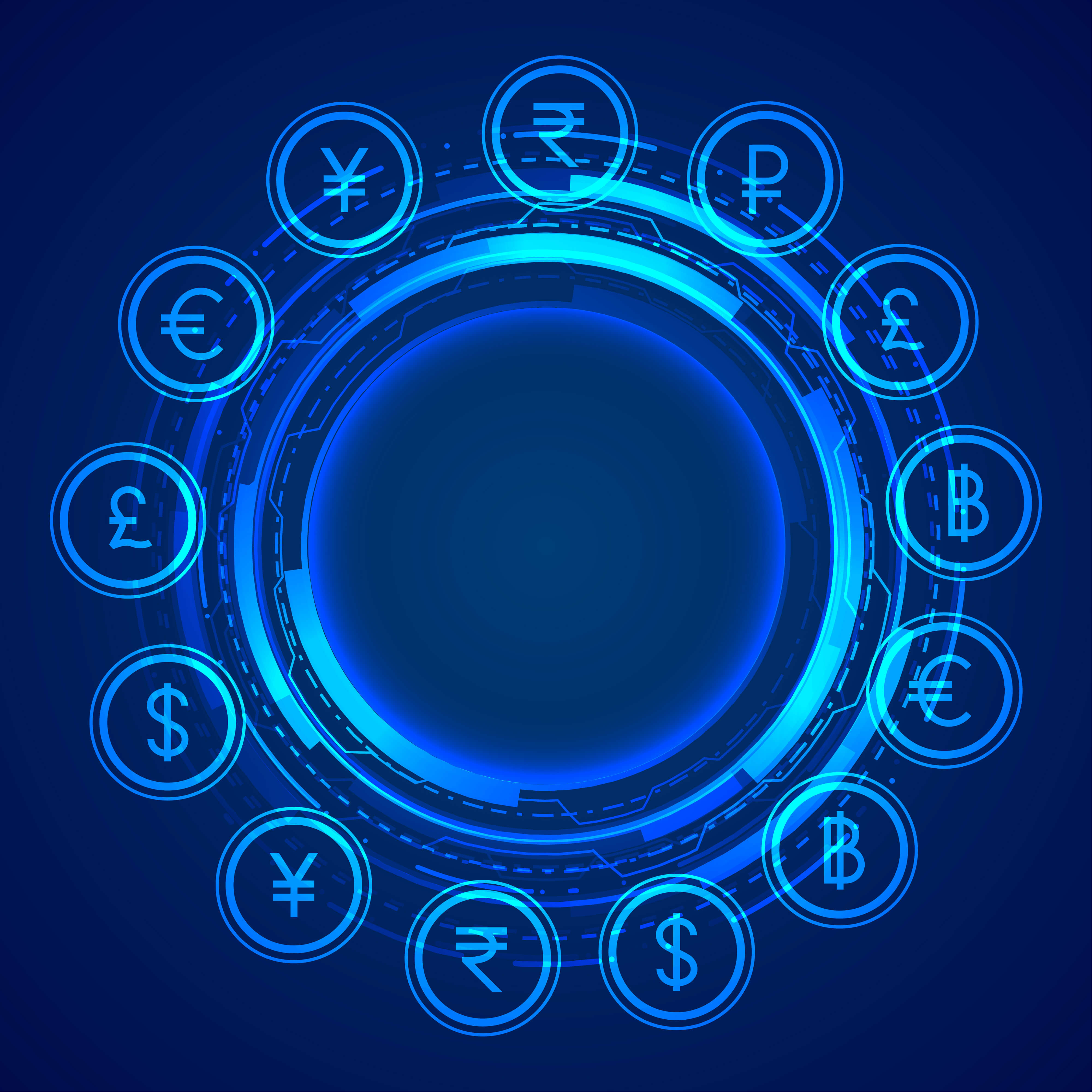 Binance, the world's largest crypto exchange, probed by CFTC over concerns it allowed US residents to trade derivatives
Bitcoin backlash: Iran cracks down on crypto exchanges
The world's biggest crypto fund manager is hiring 9 ETF-related specialists, in anticipation of approval of the first US crypto ETF
Bitcoin's energy consumption has jumped 80% since the beginning of 2020, according to a study from Cambridge
Bitcoin gains for eighth straight day to reclaim $58,000 level
Image Reference : https://www.freepik.com/vectors/background Background vector created by starline - www.freepik.com