The South Korean National Police Agency will bar particular officers from purchasing additional cryptocurrencies. The announcement coincides with a report revealing a heightened domestic availability of digital coins, in comparison to the global marketplace. Officers with certain investigative and inspective responsibilities have been prohibited from buying additional cryptocurrency. The Korean National Police Agency (KNPA) officers will be obliged to make additional disclosures on any held digital assets. The country’s main law enforcement agency stressed penalties for non-compliance, without any indication to their severity. Domestic sources suggest the move aims to introduce additional transparency to sensitive KNPA departments, after a last-month announcement from the South Korean government that it would crackdown on illicit crypto transactions.

The government claims that market price increases have inflated risks of money laundering and fraud. Countermeasures were recently discussed at a meeting between various ministries, law enforcement agencies, and financial regulators. It remains uncertain what other policies may be implemented in the coming summer months. While the KNPA has moved against its own officers holding digital assets, a media report has turned attention to the wide availability of cryptocurrencies in the South Korean market.1

Riding a wave of speculative interest despite Covid-19 triggering the worst global recession since the 1930s Great Depression, Dogecoin has been a huge hit with amateur investors. It is a cryptocurrency based on an internet meme – a humorous online phrase or photo, which on this occasion is a dog – and has shot to wider attention with a record-breaking rise in value in recent weeks.

Backed by famous supporters including the Tesla founder, Elon Musk, the rapper Snoop Dogg and the Kiss bassist Gene Simmons, the digital asset similar to bitcoin jumped by more than 40% to reach $0.68 (£0.49) against the dollar.

With a surge of more than 14,000% since the start of the year, Dogecoin’s market capitalisation – the combined value of every coin – has now hit more than $84bn, equivalent to the annual economic output of Sri Lanka.

Analysts said the rising price of the digital currency, which is similar to Bitcoin, comes amid interest ahead of Musk, given the billionaire’s public support on Twitter for Dogecoin and the potential that him appearing on the popular US TV show will raise its profile further.

“Dogecoin is surging because many cryptocurrency traders do not want to miss out on any buzz that stems from Elon Musk’s hosting of Saturday Night Live.” said Edward Moya, senior market analyst at the financial trading platform Oanda.2

LatAm crypto exchange Bitso raises $250M at a $2.2B valuation

Bitso, a regulated crypto exchange in Latin America, announced today it has raised $250 million in a Series C round of funding that values the company at $2.2 billion. Tiger Global and Coatue co-led the round, which also included participation from Paradigm, BOND & Valor Capital Group and existing backers QED, Pantera Capital and Kaszek.

The news caught our attention for several reasons. For one, it comes just four months after the startup raised $62 million in a Series B round. Secondly, the Company believes the funding makes it the most valuable crypto platform in Latin America. And lastly, it also makes the company one of the most highly valued fintechs in the region.

Last year was a good one for Bitso, which it processed more than $1.2 billion in international payments — including remittances and payments between companies — during 2020 alone. Bitso says it also has surpassed 2 million users. These two milestones, the company argues, is evidence of the growing use of crypto as an everyday financial tool in the region.

Demand for crypto assets and crypto-enabled financial products have soared in popularity both for individuals and businesses in the region, according to Bitso, which aims to be “the safest, most transparent, and only regulatory compliant platform” in Latin America. The company also says it’s the only player in the region to offer crypto-insurance for its client’s funds.

“The growth of the crypto ecosystem this year has been remarkable. It took Bitso six years to get its first million clients. Now — less than 10 months later — we have reached the 2 million mark,” said Bitso co-founder and CEO Daniel Vogel. But the metrics he is most proud of are that Bitso has also more than doubled the assets on its platform in the last five months and that its transacting volume during the 2021 first quarter exceeded the transaction volume it did in all of 2020.

Bitso was founded in January 2014 and acquired its first customer in April of that year. Bitso’s mission, put simply, is to build next-generation borderless financial services for consumers and businesses alike. “Cryptocurrencies are the future of finance and Bitso makes the future available today,” the company says.

Bitso says its “global-minded” product offerings fit the needs of local customers in Mexico, Argentina and now Brazil, where it just launched its retail operations. The company plans to use its new capital toward broadening its capabilities and product offering. It also plans to expand its operations in other Latin American countries in the coming months. In January, the Financial Superintendence of Colombia announced Bitso as one of the authorized companies in its Sandbox and crypto pilot program. Bitso’s upcoming products include a crypto derivatives platform and interest bearing accounts for crypto.3

The firm, founded in 2017, plans to use the proceeds to grow in Europe and Asia, create new products and expand current offerings, Tim Rice, a co-founder and the firm’s chief executive officer, said in an interview. Mathew McDermott, global head of digital assets for Goldman Sachs’s global markets division, will take a seat on the board of directors.

Investors have been pumping money into cryptocurrency projects such as Paxos Trust Co., Digital Asset Holdings LLC and Chainalysis Inc. as currencies such as Bitcoin and Ether surged to records in recent months. As of April, 156 startups focusing on digital technology had raised $3.1 billion, compared with 341 deals that drew $2.3 billion in funding for all of 2020, according to CB Insights.

Coin Metrics also counts Fidelity Investments as an investor and client, Rice said. “We’ve definitely seen the institutions behave very seriously, they’re now signing contracts with us”. Most banks have stayed on the sidelines until now. But that’s been changing as they become more comfortable with how crypto works and as their clients push for access to the $2.2 trillion market.

Coin Metrics has been educating its customers about how blockchain-based transactions compare with traditional payment networks such as those run by the Depository Trust & Clearing Corp. and the Society for Worldwide Interbank Financial Telecommunication, or Swift. Instead of a day or two for an equity transaction to clear and settle, for example, blockchains such as Bitcoin can accomplish that in an hour or so. Understanding the associated risks is another important topic, Rice said.4

Republic of Georgia’s Central Bank Is Researching a Digital Currency

Galaxy Digital, the cryptocurrency-focused financial services firm run by Michael Novogratz, said it has agreed to buy BitGo, the U.S.-regulated crypto custody specialist, for $1.2 billion in stock and cash. Under the terms of the deal, BitGo shareholders will get 33.8 million of newly issued shares of Galaxy Digital common stock and about $265 million in cash, giving it a transaction value of about $1.2 billion based on Galaxy Digital’s closing share price on May 4.

Last month, CoinDesk reported that the two companies were in advanced talks about a possible deal. “The acquisition of BitGo establishes Galaxy Digital as a one-stop-shop for institutions and significantly accelerates our mission to institutionalize digital asset ecosystems and blockchain technology,” said Novogratz, Galaxy’s CEO and founder.

The deal is another sign of M&A heating up in the digital asset industry following PayPal’s March agreement to buy custody specialist Curv. It also highlights the importance of custodians to this asset class. Crypto is more like cash or diamonds than a stock with an ownership certificate; once it’s gone, it’s gone.

More specific to Galaxy, it will help the company on its stated intention to become a prime broker. One can’t be a prime broker without custody. Canada-listed Galaxy also said it will “undergo a domestication process” on an intended path to U.S. listing later this year.

Last year, BitGo was reported to have been in acquisition talks with fintech giant PayPal, which offered as much as $750 million in cash for the custody company. Galaxy, which said it will gain about 400 global net new clients from BitGo, will use its balance sheet to fund the cash consideration, part of which will be deferred up to 12 months post-close, the company said.

BitGo shareholders will own about 10% of the combined company. BitGo CEO Mike Belshe will become Galaxy Digital deputy CEO and a member of the company’s board. The deal is expected to close in Q4, subject to regulatory scrutiny and approval by vote by Galaxy shareholders.5 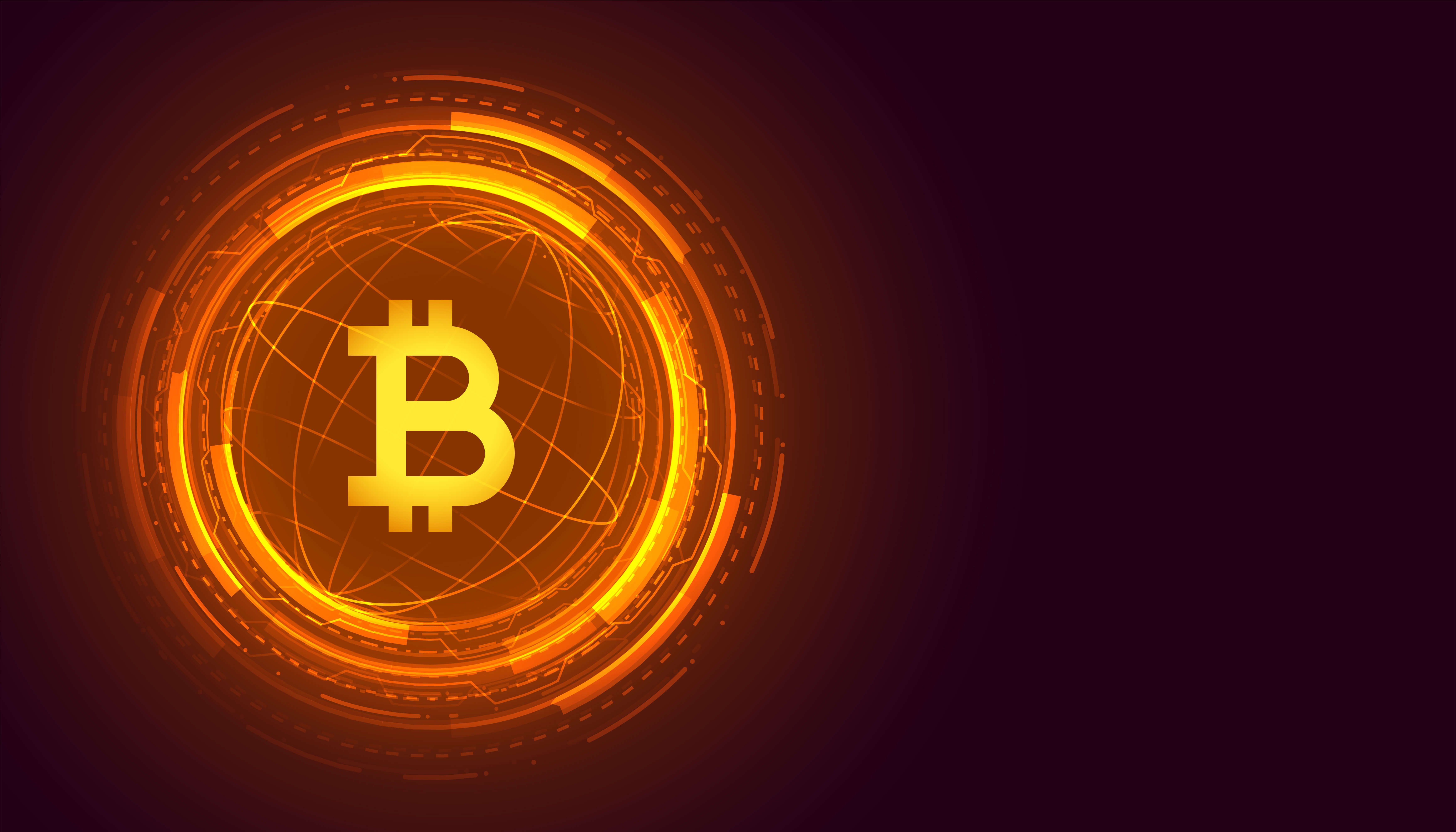