ECB classifies cryptocurrencies as a risk

The President of the European Central Bank, Lagarde, has specified that cryptocurrencies are not a worthwhile long-term investment. During her speech, she underlined that there are crypto assets which people are free to invest in and take total risk into, and there are particular cryptos that are prone to money laundering activities.

This is not the first time Lagarde has expressed her concerns about crypto. In January she specified that Bitcoin is a highly speculative asset, rather than a currency. Lagarde’s comments about crypto being used for money laundering have been criticised.

Lagarde’s most recent comments come in the wake of Bank of England governor Andrew Bailey saying people who invested in cryptocurrencies should expect to lose out. He added that doesn‘t mean to say people should not put value on them because they can have extrinsic value. But they have no intrinsic value.1

The Urban Tea announces acceptance of cryptocurrencies payment, including Bitcoin, Ethereum, and Dogecoin, in all of its stores managed by 39 Pu Tea Co. Ltd in China and all the restaurants managed by Guokui Management Inc. in the U.S.

Urban Tea's Chief Executive Officer Mr. Xianlong (Jack) Wu commented that through the deployment of cryptocurrency payment, Urban Tea plans to bring cryptocurrency application scenarios into the customers' daily life. The Company anticipates crypto mining plans to be gradually implemented and are hopeful for the promising prospect of this new opportunity.

Urban Tea, Inc. (formerly known as Delta Technology Holdings Ltd, and prior to that as CIS Acquisition Ltd.) was incorporated in the British Virgin Islands as a company with limited liability in 2011. It has become a retailer and distributor of specialty tea products in China (also referred to as "PRC") since November 2018, and has fully completed the disposition of fine and specialty chemical manufacturing business in April 2019. The business currently consists of the distribution and retail of specialty tea products. They have recently decided to start operations in the business of blockchain technology and cyptocurrency mining and anticipated utilizing a new subsidiary to conduct research and development of blockchain-based software and applications and the commercialization of such application as well as cryptocurrency mining.2

Another touch from Musk!

The price of Dogecoin tumbled by as much as a third after billionaire Elon Musk, one of its biggest supporters, appeared to call the virtual currency a “hustle” while hosting Saturday Night Live.

Cryptocurrency watchers had high expectations of what Tesla’s Chief Executive and crypto-enthusiast Musk, who has called himself the “Dogefather”, would say while hosting the American comedy sketch show, and Dogecoin had risen in anticipation.

Dogecoin, a cryptocurrency similar to Bitcoin which was started as a joke, fell by 35% at one point to reach $0.47 (£0.34) against the dollar. Then it had recovered slightly to reach $0.49, although that was well below the $0.68 it hit after surging interest from investors.

Musk introduced his mother, Maye, who said she was excited about receiving a Mother’s Day gift from her son but added: “I just hope it’s not dogecoin.” Musk was asked: “What is dogecoin?” He replied: “It’s the future of currency. It’s an unstoppable financial vehicle that’s going to take over the world.”

Dogecoin has been attracting attention after it found favour with retail investors and won over high-profile fans including rapper Snoop Dogg and the Kiss bassist Gene Simmons. The currency is based on an internet meme – a humorous online phrase or picture – in this case, a shiba inu dog.

Like the Bitcoin and Ether cryptocurrencies, it has enjoyed a stratospheric rise in recent months, and climbed 14,000% between January and early May.

Novice investors’ appetite to speculate in certain stocks, as well as cryptocurrencies, has been growing in recent months, leading analysts to warn that people could end up losing large amounts of money. Digital currencies have attracted more attention both from investors and financial institutions in recent months. They have soared to multiple record highs, with Bitcoin briefly hitting $63,000 last month, but their rollercoaster ride has also included significant one-day falls.

Their volatility and vulnerability to theft or hacking have led regulators, including the Bank of England, to view cryptocurrencies with scepticism, even while they are gaining more mainstream acceptance as a payment method. The U.S. Treasury has proposed a crackdown on transfers of digital currency in order to prevent their use in money laundering or other illegal activity. Cryptocurrencies are also increasingly criticised for their environmental impact, given the huge amount of energy required to create them. Even following its falls, Dogecoin, once described as the “people’s crypto” by Musk, remains the fourth-largest digital currency after Bitcoin, Ethereum and Binance Coin.3

UBS Group AG is in the early stages of planning to offer wealthy customers digital currency investments, joining U.S firms in seeking to give broader access in response to client demand.

The Swiss firm is exploring several alternatives for offering the asset class. Any investment offering would be a very small portion of the clients’ total wealth because of the volatility, while options include investing through third party investment vehicles.

More global securities firms are offering cryptocurrency services. Goldman Sachs Group Inc. is pushing deeper into the $1 trillion Bitcoin market and opened up trading with non-deliverable forwards, a derivative tied to Bitcoin’s price that pays out in cash. Morgan Stanley plans to give rich clients access to three funds that will enable ownership of crypto and Bank of New York Mellon Corp. is developing a platform for traditional and digital assets. Citigroup is also considering crypto services.

Bitcoin remains the biggest crypto-currency but momentum in other tokens is drawing increased interest. Supporters have argued that investors are getting more comfortable with a variety of tokens, while critics say the sector may be in a bubble. UBS is concerned that it may lose clients if it doesn’t offer the investment to its wealthy clients.

Local rival Julius Baer Group’s CEO Philipp Rickenbacher said that the wealth manager was looking at working with partners to offer clients access to crypto assets, though for now doesn’t plan to execute its own Bitcoin-related transactions.

UBS Chief Executive Officer Ralph Hamers is taking a deep look at where he can both cut costs and digitize operations, including the high-touch business of serving the world’s wealthiest. He wants to use artificial intelligence to target how to sell more products to the world’s wealthy and is changing the way the bank spends on technology projects to a more flexible quarterly allocation from fixed funding on a yearly basis. The bank spends approximately $3.5 billion per year on technology to maintain and modernize its existing infrastructure and innovate new tools for employees and products for clients.4

SpaceX will launch the “DOGE-1 Mission to the Moon” in the first quarter of next year, with Elon Musk’s commercial rocket company accepting the meme-inspired cryptocurrency Dogecoin as payment.

"SpaceX launching satellite Doge-1 to the moon next year – Mission paid for in Doge – 1st crypto in space – 1st meme in space", Musk said in a tweet. Geometric Energy Corporation announced the Dogecoin-funded mission, with the statement not disclosing the mission's financial value. "This mission will demonstrate the application of cryptocurrency beyond Earth orbit and set the foundation for interplanetary commerce", SpaceX Vice President of Commercial Sales Tom Ochinero was quoted as saying in the statement released by Geometric Energy. Musk said on Twitter in April that SpaceX was going to put a "literal Dogecoin on the literal moon".

Musk’s tweets this year turned the once-obscure digital currency, which began as a social media joke, into a speculator’s dream. Dogecoin has jumped more than 800% over the last month and is now the fourth-largest digital currency, with a market capitalization of $73 billion. It hit a record above $0.73.

Electric carmaker Tesla Inc (TSLA.O), where Musk is CEO, said in February it bought $1.5 billion worth of Bitcoin and would soon accept it as a form of payment for its electric cars, a large stride toward mainstream acceptance that sent bitcoin soaring to a record high of nearly $62,000.5 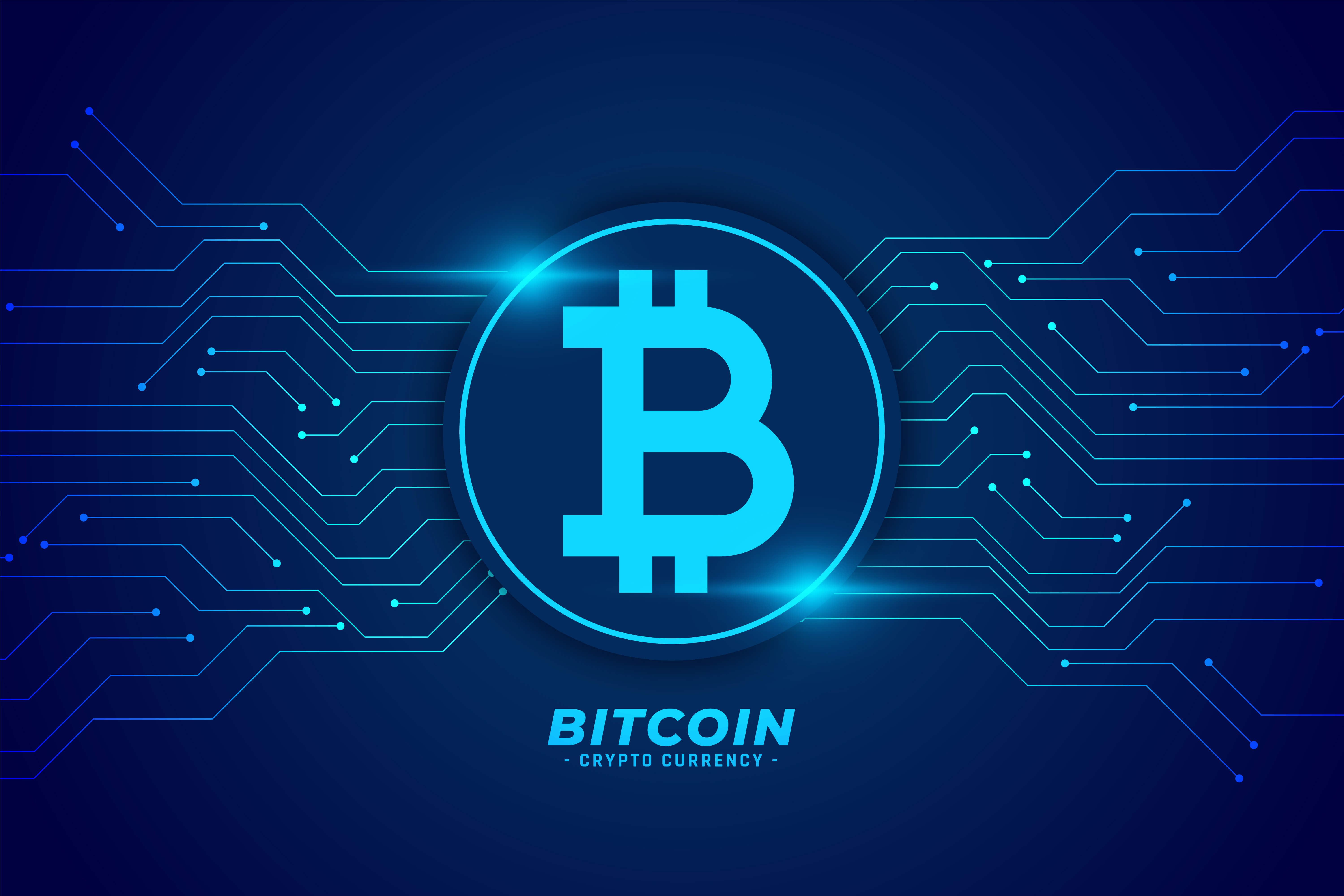